They delivered what they said they could. It was a no brainer to choose Flex. The others didn’t even compare.”

The Milwaukee gear plant was poorly lit with 400 and 250 watt HID lamps. The plant facilities manager wanted to reduce energy costs while at the same time improving working conditions for plant employees who were complaining about the deteriorating quality of light. In mid-2015 the facilities manager chose Flex Lighting Solutions to provide new 6M LED Essentials lighting, among other Flex LED solutions, which greatly increased the foot-candle reading and quality of light, dramatically lowered energy costs, and eliminated maintenance costs. 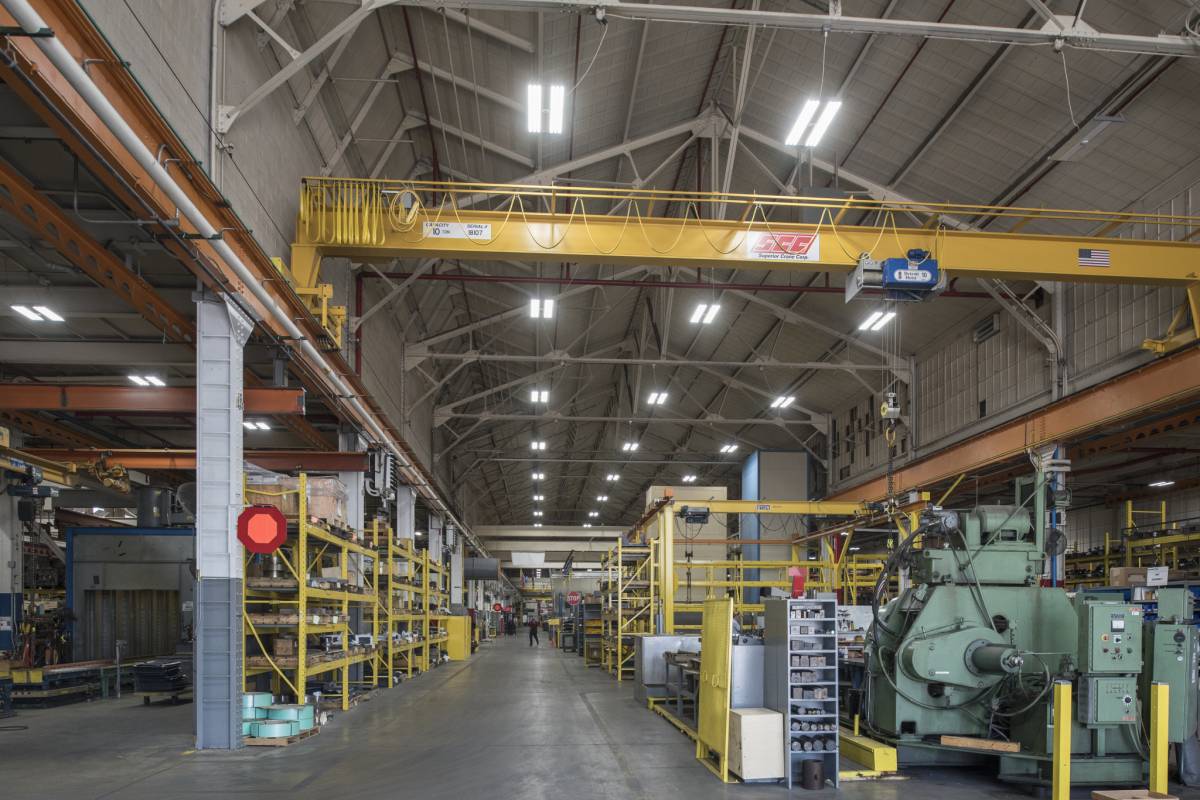 Three years ago, the employees at the Rexnord gearbox manufacturing plant in Milwaukee began complaining about the poor lighting conditions. The lighting was yellow and so low — at an average of 30 to 35 footcandles — that the Facilities Energy & Electrical Project Manager brought in auxiliary task lights to augment the high bay lighting just so employees could read drawings and use their micrometers. While that brightened the workspace temporarily, the facilities manager knew it was only a short-term fix. Armed with a corporate directive to reduce energy costs, the manager began looking for more energy efficient ways to light the plant and improve working conditions.

Rexnord executives evaluated many lighting options, including fluorescent and LED fixtures from several vendors including Flex Lighting Solutions. “We tested multiple applications and received samples from a number of different manufacturers,” the manager said. “Most of them could not deliver what they claimed we would see when we installed their fixtures. We weren’t getting anywhere near the foot-candles readings they said. When they said their fixtures took a certain amount of watts, we learned that we would need double what they said for a particular layout.

When Rexnord tested the photometric layouts provided by Flex partner Jeff Lithgow of the Lithgow Agency, the evaluation team was surprised.

“Jeff and Flex gave us a footcandle layout and guaranteed it would be 1 percent to 2 percent within the parameters of the layout,” the manager said. Because of the poor showing by other lighting manufacturers, the Rexnord team was skeptical that Flex would deliver better results.

“That’s the number one reason we went with them,” the manager said. “They delivered what they said they could. It was a no brainer to choose Flex. The others didn’t even compare.”

Rexnord installed a variety of new Flex LED fixtures including many 6M LED Essentials fixtures in a phased approach of several high bays at a time starting in mid-2015. “We pretty much installed every fixture Flex has depending upon the height of the application,” the manager said. “We are now using the Performance model to get the most energy savings.”

Employees immediately complimented the manager on the improved lighting that went from yellow to white. The foot-candle reading doubled to an average of 60 to 65, while energy needed to power those lights dropped from an average of 400 watts in different applications to the 260 or so watts that power the 6M LED and other fixtures. The auxiliary lights were no longer needed.

“Initially we really wanted to hit a certain amount of foot-candles,” the manager said. “But we got the bonus of energy savings. We knew there would be savings but we didn’t realize how much.”

Because the new Flex fixtures were installed with occupancy sensors that turn lights off after 30 minutes of inactivity, the lights are no longer left on for 24 hours at the plant, which runs one 10-hour shift a day. That amounted to a whopping 540,000-watt reduction in the energy used, which equated to a monthly savings of $40,000 or $480,000 annually, the plant facilities manager said.

“Before, we had to rely on someone to turn off the lights, which rarely happened,” he said. “Now, we are using two-thirds less energy.” The payback for the project was 1.5 years, and under the payback for healthy projects stipulated by finance, he said. That ROI doesn’t include the reduction in maintenance costs, he added.

Previously, they had to get a lift, and spend manhours to either swap a bulb out, or replace ballasts, which meant taking them down, rebuilding them and putting them back up. “We no longer have those maintenance costs,” he said.

“Picking Flex was pretty much a no brainer and our company is now getting onboard with retrofitting other plants with the amount of energy we’re saving,” the facilities manager added. “Having good lighting above employees as opposed to what we had before really makes a big difference in the equality of life at work.” 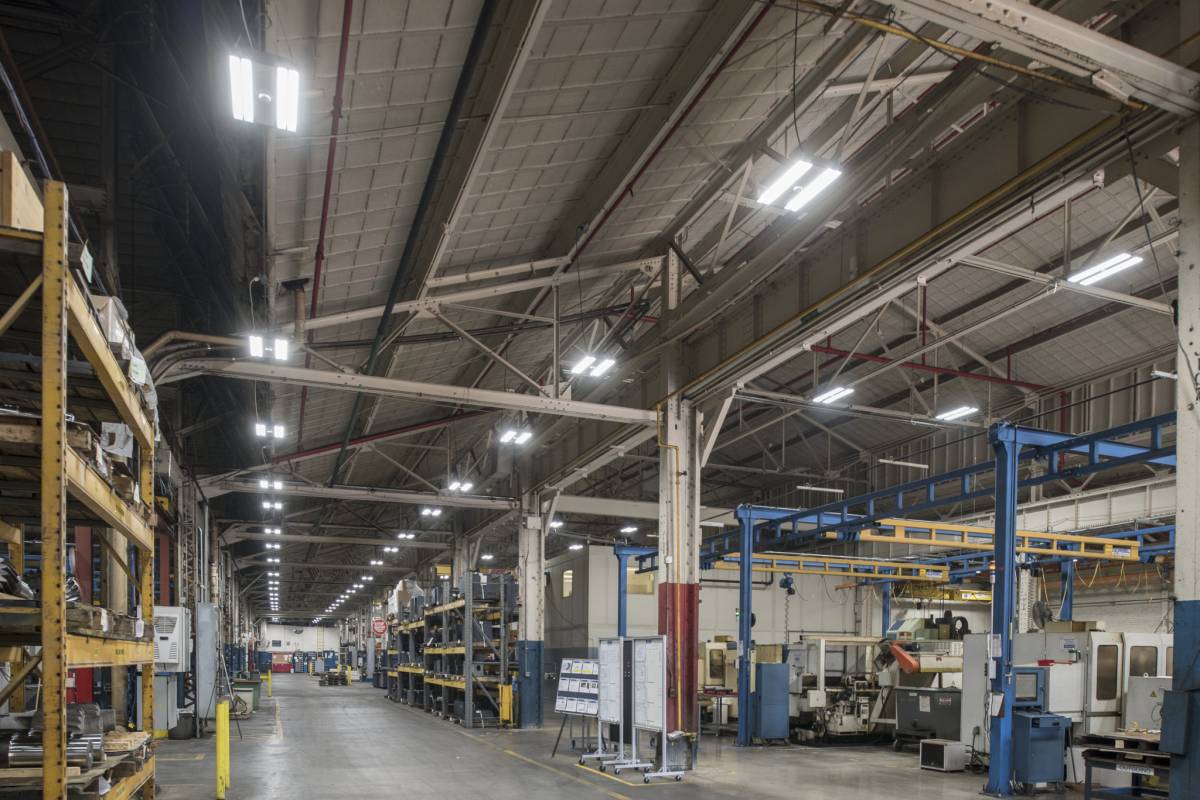 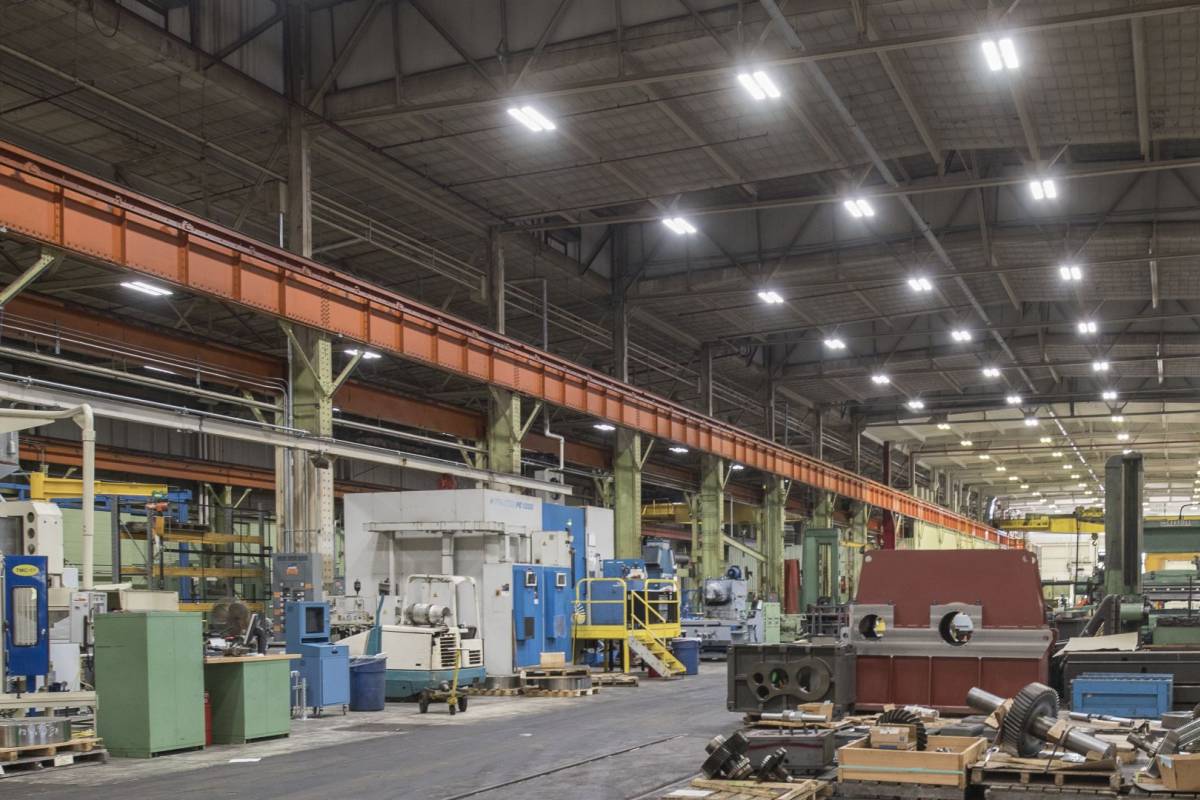