We are really happy with the lighting. No one else in the region has a facility lit like ours. We hear every day from teams about the amount of light and how much brighter it is. And although we do have skylights, when we flick the lights on, it’s almost like night and day compared to the other facilities we’ve visited.”

The Louisville Slugger Dome is an air-filled facility with a very large skylight. The privately-held facility was constructed in the past two years and is expected to attract some 250,000 visitors and host 11,000 youth sports games annually including baseball, softball, soccer and volleyball. 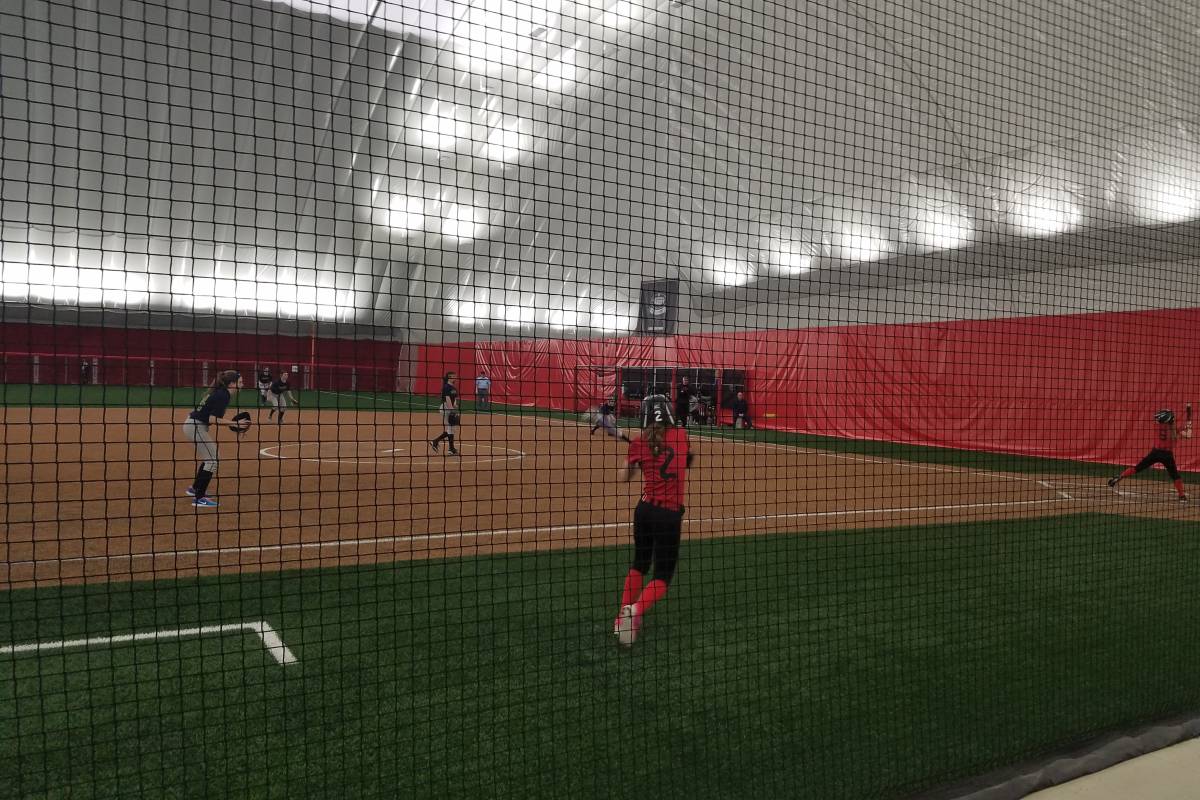 The air-filled facility has a large central skylight, and the lights hang from a fabric ceiling that can be as high as 70 feet in the air. Because the dome is fabric and inflated with air, the fixtures needed to be lightweight, no more than 30 pounds, and provide even levels of light throughout the structure.

[With traditional light sources] “light quality diminishes greatly over a short time, and maintenance costs are high because frequent outages mean facilities have to use expensive special equipment that can reach ceilings than can be as high as 70 ft”, says Dave Fenton, Arizon regional salesman.

Louisville Slugger Dome houses two full-sized baseball or softball fields, soccer fields and volleyball courts, and where balls of many sizes are constantly flying and frequently striking the dome’s fabric.

“The fixtures also needed to be very durable because they need to take strikes from balls,” Fenton adds.

These LED High Bays weigh just 24 pounds, which met the company’s weight, light output and durability requirements. The light output equals a 1,000-watt metal halide, and offers a consistent light output over many years and longer lasting, which results in lower maintenance costs. In addition, the energy needed to power these LED lights is about 80% less than traditional lighting.

The fixtures also needed to be very durable because they need to take strikes from balls.”

“The Slugger Dome received a $30,000 energy rebate from its electric utility,” says Joe Bolen, tournaments and operations director. In the dome, the lighting is configured into four different zones so different areas can be illuminated depending upon lighting conditions outside, the sports being played, and the percentage of the space being used at the time.

“We can light half or a third and turn them on when we need them,” Bolen says. “They come right on, which is a huge benefit as well. When the facility isn’t being used, we don’t have to have the lights on, which saves money.”

The well-lit, energy efficient Dome allowed the company to offer year-round practice and tournament facilities to area youth clubs and colleges, which increases revenues. Bradley University began using the facility as soon as it opened as additional practice space for its turf sports, including track and cross country, golf, and baseball.