Nothing caught my attention until I found this fixture and it was pretty much a slam dunk.”

Courts Plus is a 90,000-square-foot community facility, owned and operated by the Elmhurst Park District in Elmhurst, IL. The two-floor facility operates 19 hours a day, 362-days a year, and offers a full array of workout options. They include a 75-foot, five-lane exercise pool, six indoor tennis courts, and three indoor courts for racquetball, handball, and two-on-two basketball, among other amenities. The Enterprise Services department operates the facility using no tax dollars and revenue is generated through membership fees from its 7,500 community members. 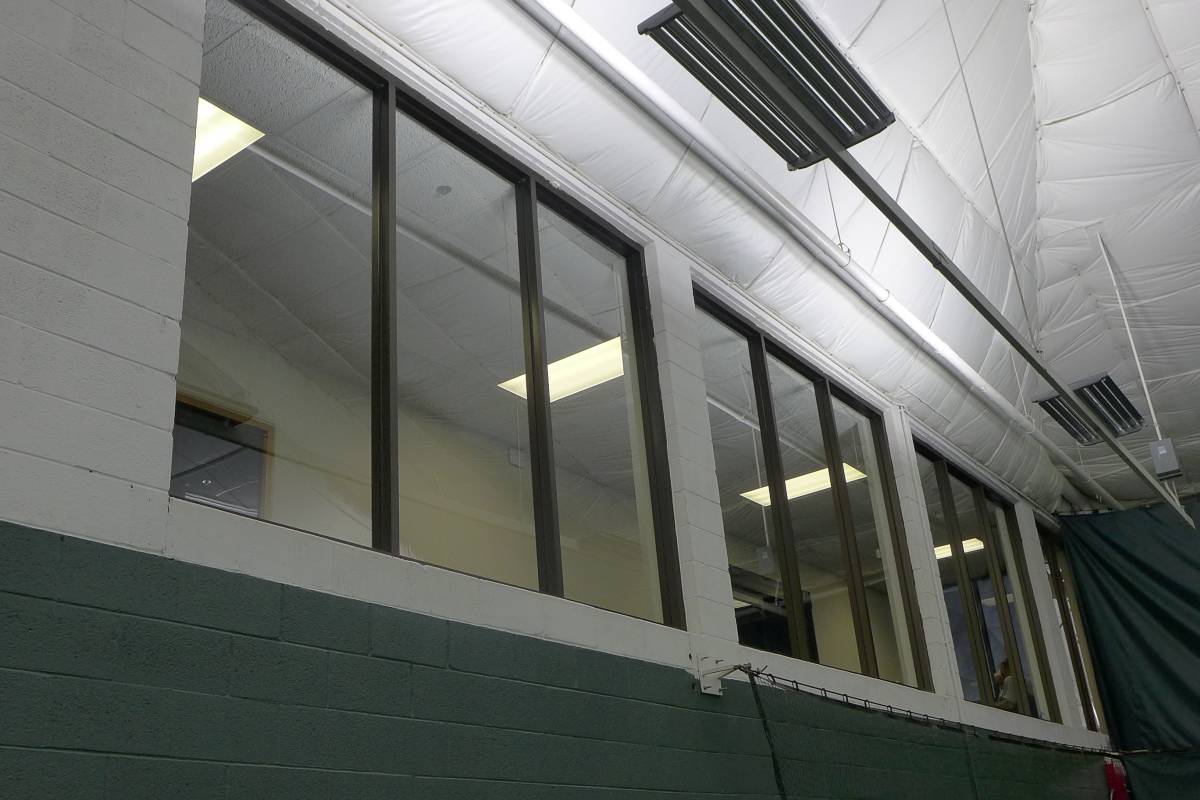 For years Greg Utaski, Division Manager of Enterprise Services for the Elmhurst Park District, researched LED lighting fixtures to update the metal halide lighting hanging over the facilities six tennis courts. The tennis courts take up about 40,000 square feet of the total building and Utaski figured that area alone contributed to about a third of the facilities energy costs.

He knew moving to LED lighting would reduce maintenance and energy costs. But he had to wait until LED technology matured and the facilities
operating budget could afford to replace the 72 1,000-watt metal halide lights and ballasts.

Although when initially installed the metal halides provided 55 foot-candles, they quickly dimmed to about 35 foot-candles, an unacceptable light level.

“I knew it would be a great project to improve our tennis facility and lower our operating and energy costs,” Utaski says. He investigated several LED manufacturers and visited many similar recreational facilities in search of the right LEDs, but came up empty until early 2016.

Until then, manufacturers were proposing the facility install two lights for every metal halide, which would have meant installing 144 fixtures, which was cost prohibitive for Courts Plus.

Utaski partnered with Nick James of Wesco Distribution on the project, and James recommended Courts Plus use Flex Lighting Solutions Essentials 6M LED high bay fixtures, each with 500 watts and a long life of up to 10 years with minimal lumen degradation. The Flex lighting plan required fewer lights, not more as he was told previously by other manufacturers, and was significantly below the cost Utaski originally estimated.

Light uniformity and glare control is a challenge in tennis facilities since tennis players need to follow the ball’s trajectory when serving and playing, which forces them to look toward the ceiling. The Courts Plus facility’s ceiling is 20 feet high at the edges and climbs to 45 feet at its highest point. “We needed a fixture that could shine up, rather than down, and we put two in as tests,” Utaski says.

To obtain the best light uniformity and lowest glare, Wesco flipped the light fixture over and added extra brackets on the light bar ends so the LED fixtures bounced the light off the ceiling. “Once we figured that out, they got done in two-thirds of the time they thought it would take,” Utaski says.

The facility also received a $30,000 energy rebate from its electric utility.

I knew it would be a great project to improve our tennis facility and lower our operating and energy costs.”

“Everyone who sees it loves it,” Utaski says. “It’s really clean and bright and there’s no more hum from ballasts like we had with the metal halides. We now have a tennis facility on par with most high-end facilities.”

He estimates the facility is saving some $5,000 annually in lower maintenance costs. It’s too early but also hard to calculate the energy cost savings from the new tennis court lighting since they only make up part of the facility and there’s no technology in place to calculate their individual contribution. Nonetheless, Utaski estimates savings of some $20,000 annually.

“I’ve already had a few facility managers here to see our tennis courts and they were impressed,” Utaski says. “From an industry standpoint, we’re now at high end for fitness centers, which helps us retain members and attract new ones.”